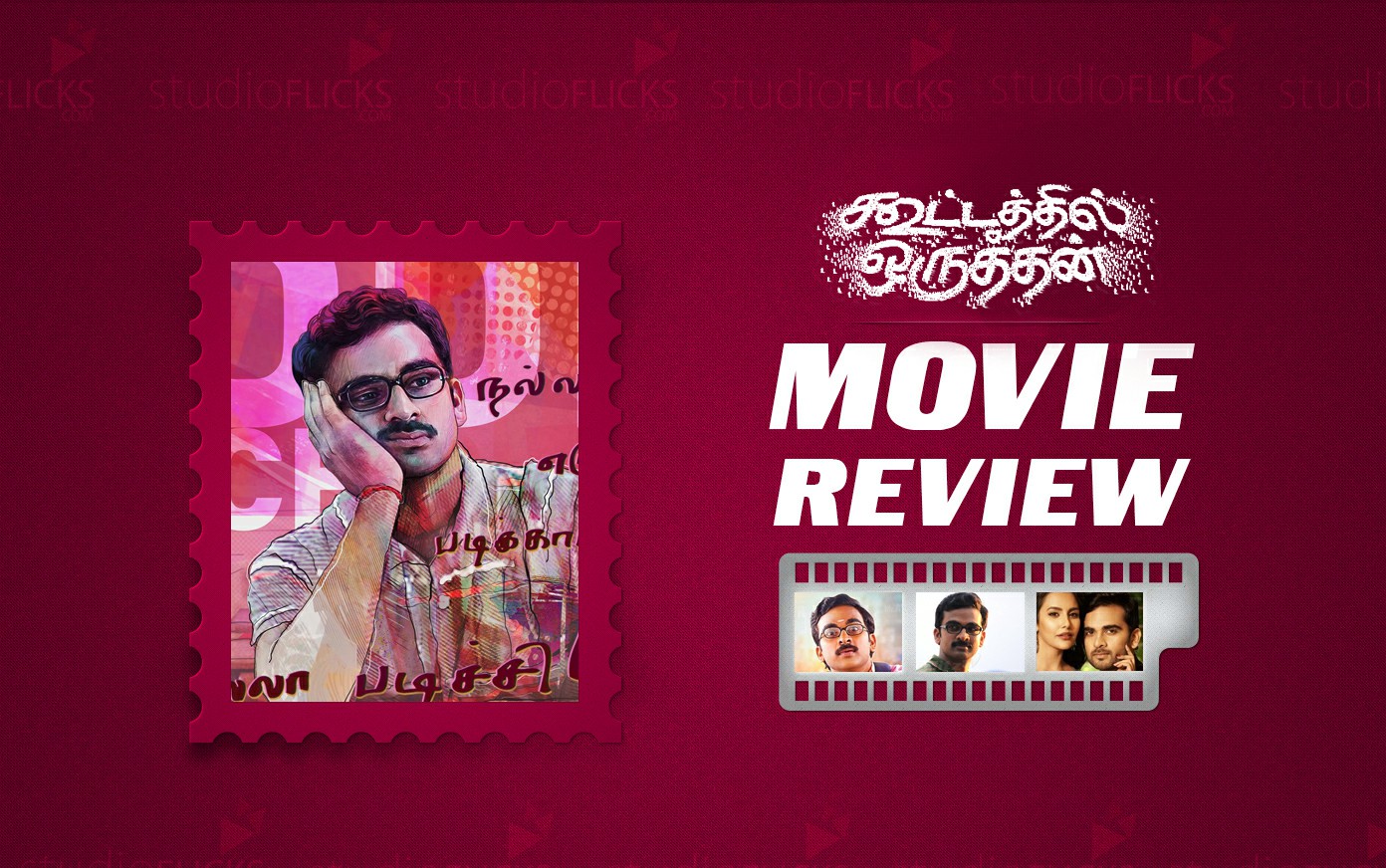 Debut filmmaker T.J. Gnanavel, a former journalist embarks on his directorial journey with the film Kootathil Oruthan. The film stars Ashok Selvan and Priya Anand in lead role with Samuthirakani and Anupama Kumar playing important roles. Dream Warrior Pictures is known for its unique trait of churning out quality films irrespective of what genre it is. Over here with Kootathil Oruthan, it goes the same with a concept that is so realistic and touches everyone’s hearts.

The film revolves around the life of a middle bencher Aravind (Ashok Selvan), who happens to be an average scorer in life and academics. At a critical point of time, he becomes so much infuriated with his life and decides to end it. This is when; he comes across a little boy succumbing to the death caught in the sea. Instantly, he becomes the saviour and overnight with the rescue mission captured in video becomes viral over YouTube and social media. In turn, the little child happens to be the son of a reigning Kingpin (Samuthirakani). He shows his gratitude in enhancing and exhibiting the skills of Aravind, which indeed makes Janani (Priya Anand), fall in love with him. But sooner, things take a turn when Samuthirakani is killed unexpectedly and Aravind has to seek his own way of becoming unique.

T.J. Gnanavel deserves special mention for picking up a right theme that is hard-hitting and so realistic.

T.J. Gnanavel deserves special mention for picking up a right theme that is hard-hitting and so realistic. We have often come across such situations, where we’ve seen much food wasted at functions, marriage ceremonies and many houses as well. On the other end, there are huge number of underprivileged poor people are starving to death. But what becomes slightly contradictory to this strong content is the flimsy writing, which pushes audiences to the out of engaging zone. If the writing was kept little more engrossing, it would have definitely yet more appealing. Moreover, the ending portions involving Priya Anand marriage called off with the connectivity her fiancée and Ashok Selvan looks like old patterned Vikraman film.

Ashok Selvan has done a decent job of remaining silent and underplaying throughout the show, which many actors would not prefer it

Ashok Selvan has done a decent job of remaining silent and underplaying throughout the show, which many actors would not prefer it. Hats off to him for this earnest effort. Priya Anand doesn’t have much to perform and she appears in an ordinary character. Samuthirakani as usual is involved in some preachy mode in spite of his characterization. Anupama Kumar has a minimal role.

The songs and background score by Nivas K Prasanna is best and the young music director makes use of the opportunity in the right manner. Cinematography and editing are okay and is done what accordingly the script demands.

Overall, the basic premise of Kootathil Oruthan is worthy of appreciations and it would have been better if it was narrated with substantial narration to keep us more engaged.