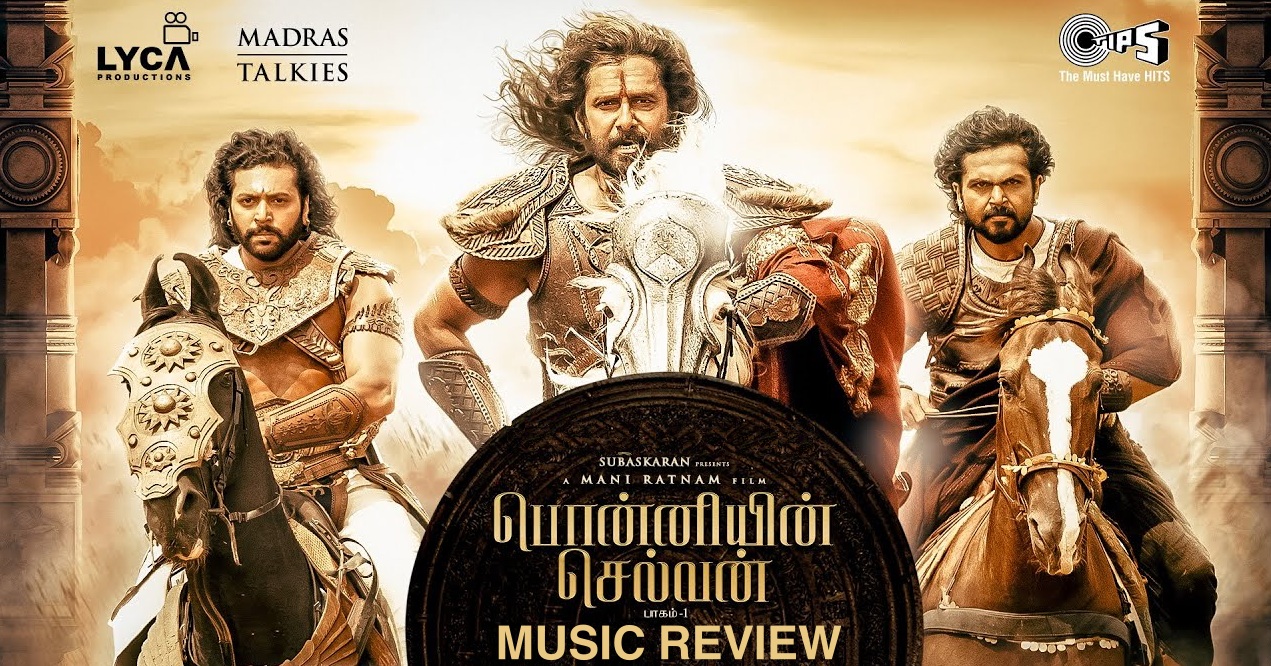 The song is an opening number that establishes the beauty of Aadi Perukku, which is about the flow of River Cauvery across the lands of Chola terrain, which is celebrated like a carnival. The musical composing is good. However, it would have been good if Bamba Bakya had crooned the complete song instead of AR Rahman.

Triumph, Anger, Pride, Bravery, Vision, and Celebration – The volatile lyrics of Ilango Krishnan emblazoned with the instrumental amalgamation and the powerful vocals offer a wholesome musical experience. AR Rahman follows the same pattern of not repeating the tunes in two different verses, which gives yet another escalation to the song. Overall, the song is a magnificent package from AR Rahman.

The song resonates with the retro phase of Tamil cinema with RD Burman’s panache of Hindustani Ragas. An intriguing element of the song is the use of instrumentals. Violin is often synonymous with the ennoblement of alternative to female vocal compliments the vocalism of Antara Nandy. A soul’s yearning deep within! Siva Ananth crafts the essence with his poetic lyrics. The second interlude brings back AR Rahman’s signatures that were predominant during the early stages of his career.

The soft and cutest conversations between ladies, where one of them asks the other about the beau she is in love with. The mellifluous tunes are amazing, and the song traces back to the ancient MSV sort of music. Kudos to the singer, although the lyrics are just okay when compared to the other songs.

The starts on a mellifluous prelude on flute that soon flows into a different domain of folk kind of rendition by Shreya Ghoshal… The song brings back the 90s AR Rahman feet-tapping numbers and the percussions are magnificent. Palakkad Sreeram and Mahesh Vinaykram add up a fabulous emblazonment. The challenging part of the song would be how it is choreographed. Overall, Shreya is the showstopper here, and the way, she prolongs her vocalism as a fill-in between the lines is splendid.

The song is inspired by the Balinese tradition of Kecak Dance, which in other words is known as monkey chant. It’s more like a prayer that imitates that mythological epic of Ramayana of Hanuman helping Lord Rama to save Goddess Sita. It looks like the song is set in a situation, where the Chola people pray similarly for victory. One can find the references or inspiration for this song on many music platforms, but what makes this special is AR Rahman’s way of vocalizing percussions along with the real instruments. The visual presentation would definitely escalate the song’s value.

On the whole, Ponniyin Selvan album brings the complete command and proficiency of AR Rahman over the songs. Unlike few movies in the past, where Mani Ratnam failed to picture his wonderful songs in an engrossing manner, we can be assured that Ponniyin Selvan will fulfill the long-run desire of ARR-Mani Ratnam fans to see the complete songs as the story itself is like a ballad in many places.