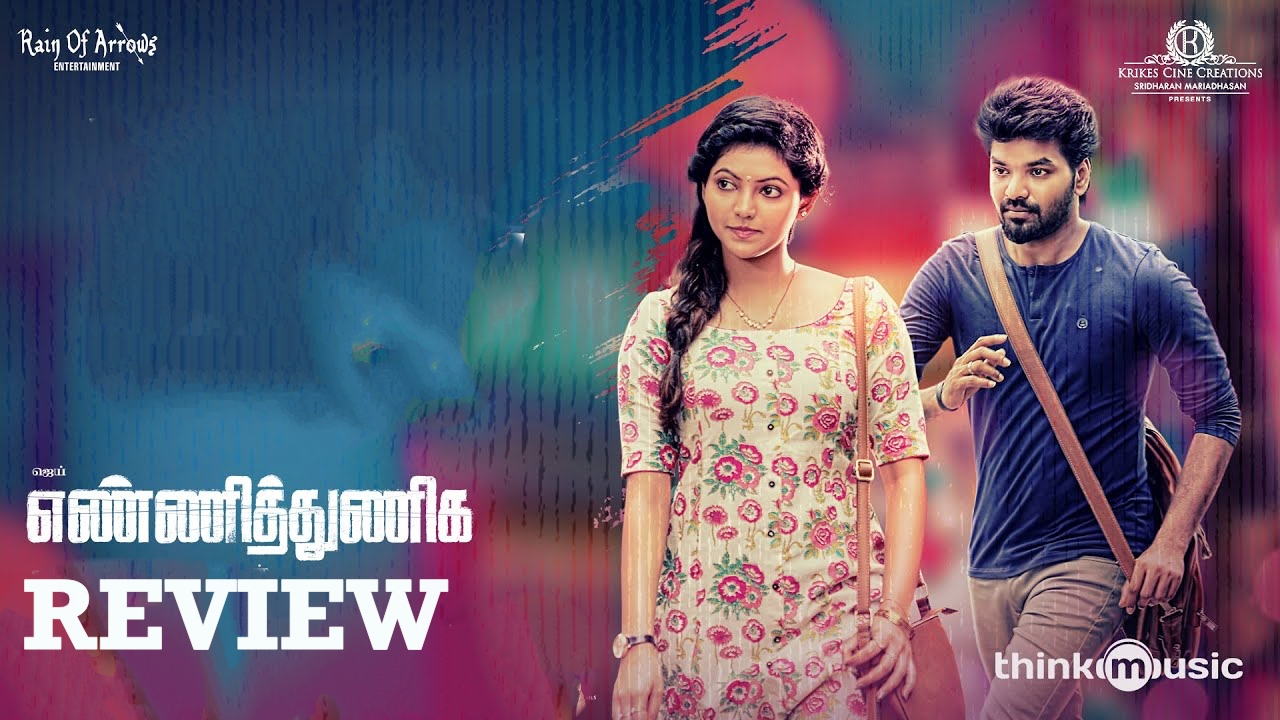 Actor Jai starrer Yenni Thuniga is written and directed by Vettri Selvan and is produced by Rain Arrows Entertainment. Atulya Ravi and Anjali Nair are playing the female lead characters.

When a bunch of masked miscreants, led by a conman (Harish Kalyan) break into jewelry shop, and loot expensive diamonds that actually belongs to a leading politician (Sunil), he wants to find out who the actual culprit is. On the other hand, Kathir (Jai), who has lost the love of his life during the same shoutout wants to trap the culprits and settle the scores.

What unfolds next is a series of incidents laced with twists and turns.

Director Vetri comes up with a story that has a time worn plot. In simple terms, it’s a jewelry burglary. But to make sure that the audiences don’t find it, he has tried amalgamating it with few sub-plots like International mafia and the politician. Movies based on this premise cannot have a lengthy duration, but this one runs into longer hours. Besides, none of the scenes are really interesting. Most of the first half portions are done in a non-linear pattern of flashbacks, which even deleted would have made no difference in the movie. The only appreciable part is the interval where the twist is completely unexpected. Well, it gives a decent expectation that there could be engrossing and thrilling moments in the second half. In contrast, it doesnt persist for a long time, and we are pushed to the boredom again.

As with performances concerned, Actor Jai looks really dull and uninvolved with the script. He has to definitely bounce back by choosing unique scripts and deliver commendable performances. Actress Atulya doesn’t have much to perform. Actress Anjali Nair does a neat job with her role. Vamsi Krishna repeats yet another baddie act. It would be nice if he gives up these stereotypical roles and attempts to perform prominent characters. Actor Sunil suits the role befittingly perfect.

Musical score by Sam CS is good, especially the BGM works are extraordinary. However, the other technical aspects don’t impress you.

Overall, Yenni Thuniga has a threadbare plot that has a feeble writing and lack of intresting moments.